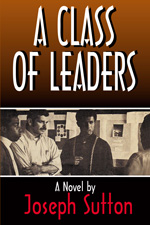 I just finished reading an article on the Internet—”What is it Like to Teach Black Students?”—by Christopher Jackson, a white history teacher who recently taught in a predominantly black high school in a southeastern state. I’m white and I once taught in an all black high school in South Central Los Angeles in the late 1960s. I know the times are different, but I was appalled by the downright negative attitude Mr. Jackson had of his students. He seemed to be expressing the thoughts of a Ku Klux Klan member, characterizing his students as vicious, loud, unruly and stupid. He succeeded in stating every negative stereotype a teacher could have of black students, making them out to be less than human. To my amazement, most of the people who responded to Jackson’s article actually agreed with him. If it wasn’t for an incident that took place at Fremont High School in South Central L.A. back in 1969, I might have ended up seeing my black students in the same light as Mr. Jackson.

It was the beginning of my third semester at Fremont. Sam Perkins, an 11th grader in my U.S. History class, approached me and asked, “Can I teach the class tomorrow?” Being that Sam was one of the most intelligent students I had, I wholeheartedly consented to his request. I taught history the conventional way my first two semesters at Fremont. I gave book assignments, written assignments, tests and grades. The result was that two-thirds of my students could care less about what was going on in class. I was butting my head against a brick wall of apathy. But that wall came tumbling down the day after Sam Perkins taught “his” class. From that day forward, any student who wanted to teach could teach anything he or she wanted. I wasn’t an authority figure anymore; I was one with my students.

What did my students teach? They led discussions on Black Power, the Vietnam War, capital punishment, violence in schools, premarital sex, the grading system, drugs, freedom, police harassment and whether I was teaching them or not. They debated a major issue of the day once a week. They held trials, signed petitions and dropped notes and essays of their own accord into an Ideas and/or Complaints box, notes and essays they knew would be read to all five of my classes. Due to the democratic setting of the classroom, I believe my students ended up learning the most important lesson of all: to think for themselves.

If you want to read a viewpoint that stands high above Mr. Jackson’s viewpoint of black students, then I recommend you read my novel A Class of Leaders.