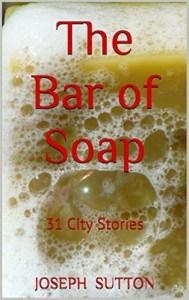 This collection of short stories covers a wide range of subjects—from homelessness, sex and sports to school and animal stories. Plus, there’s a cruel mother-in-law story, a story about an unthinking neighbor, a story about a man who saves Manhattan from disaster, and even a story about all unknown writers being the equal of Hemingway. These stories are innovative and unusual, as well as stimulating and humorous.

“Sit down, Sam. Can I have Gloria bring you some water or coffee?”

“No, thanks. I just had some coffee.”

“OK, then. Sam, I’m going to get straight to the point with you. I called you in here because I have some bad news to tell you.”

“What could that be, Paul?”

“We’re going to have to lay you off.”

“I know business has been pretty slow,” says Sam. “How long is the layoff for?”

“We’re going to permanently terminate you.”

“Are you telling me that after working at JPR for twenty-eight years, you’re going to fire me?”

“I can’t tell you how sorry I am, Sam. You’ve been such a loyal member of the team for all these years.”

Sam Maggio can’t think straight. He’s sitting across from the president of JPR Engineering, dumbfounded. Whatever Paul is telling him—”two months severance pay…apply when business picks up”—the words are jumbled in his swimming brain. All he can think of after giving his life to JPR is, What am I going to tell Melanie and the kids?

Leaving the president’s office, Sam is shaking. Without thinking, he grabs his coat, walks out of JPR, takes the elevator to the ground floor and enters the Manhattan sunlight and a mass of pedestrians. He’s still trembling from the shock his system has taken and is oblivious to anyone in his path. He descends the stairs of the subway station that he’s gotten on and off of for the past 28 years. He swipes his MetroCard at the turnstile and walks through, bumping into a stream of people exiting. “Get out of my way,” he says angrily as they all give him astonished looks. Everything in his mind is a haze, a blur.

He barely makes it into a crowded subway car before the doors close. Sam is so wound up he’s quaking with hurt, hatred, revenge.

At the next stop, a short, squat man barges into the car and pushes Sam out of his way.

“What the fuck!” Sam shouts as he pushes the man back into a pack of people.

The man glares at Sam before he rushes him and punches him in the face.

The two start scuffling in the jam-packed car. Sam knocks the man to the floor, stands over him and starts pounding his face with his fists.

Everyone in the car is afraid to stop Sam, a madman now, from doing what he’s doing. By the time the train reaches the next station, the man on the floor is unconscious. People stampede out of the car to avoid the just fired mechanical engineer. Several rush to the policeman patrolling the platform.

Sam is standing over the man as the policeman draws his weapon and pulls a cord to prevent the train from moving. He raises his firearm and points it at Sam. “Hands behind your head!” he commands.

Sam sees a New York City policeman pointing his weapon at him from ten feet away and clasps his hands behind his head. “Now, slowly turn around and put your hands behind your back!” Sam complies and is handcuffed. The policeman leads him out of the car onto the platform as three more policemen come rushing down the subway stairs and vault the turnstile.

A few minutes later, one of the three policemen in the subway car approaches the one holding Sam in custody and tells him he can remove the handcuffs.

That night and for the next week, every news source in the country and around the world hails Sam as a “Hero” and “Man of Courage.” He is lauded for saving New York City from a disaster.

The man that Sam Maggio tangled with had explosives strapped around his waist that were wired to a detonator found in his jacket pocket.